Get fresh music recommendations delivered to your inbox every Friday.

This is Gothic Rock Vol. I - II 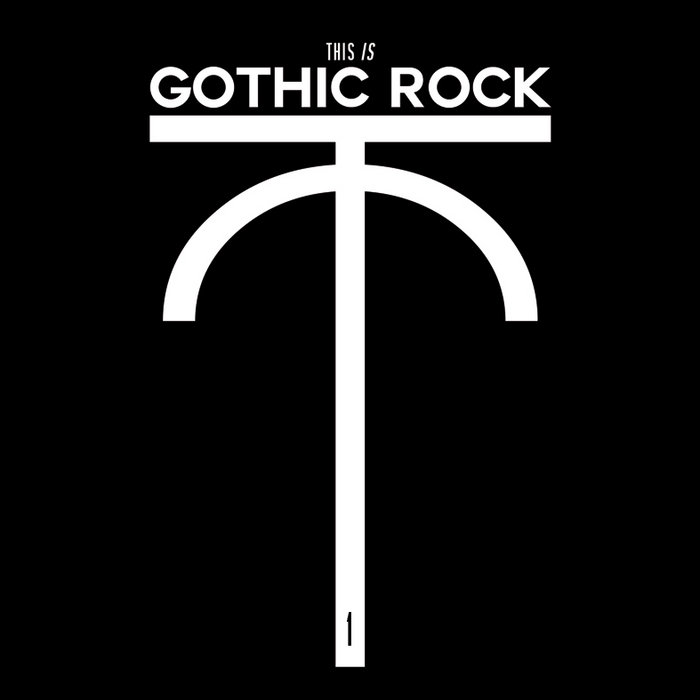 ***PLEASE NOTE*** ALL DONATIONS WILL HELP TO RELEASE VOL.3

This album is downloadable for free - as we do not want pirates to profit from this music. Please donate as you see fit if you enjoy the music. Our suggested pricing scheme:


Please tell everyone to download from the official sources only.

This is Gothic Rock Vol. I

Compilation by Oskar Terramortis
It began three years ago…

The very first release by Gothic Music Records was the split album featuring the combined talents of two relevant Finnish bands from the underground scene of today; they are Murnau’s Playhouse and Silent Scream with Bones from the Backyard. Since then, things are happening in a vertiginous succession: The current catalog of Gothic music records features underground bands from all over the world, and this new record label have received an incredible feedback from people who want to listen to the new breed of Post Punk and Gothic Rock.

OSKAR TERRAMORTIS 2011Oskar Terramortis is a very experienced DJ from Spain; he used to spin Gothic Rock in the Gothic Club Phobia, in the city of Madrid. After been active for years; he decided to quit to the night life and he began to work making radio shows for internet stations such as: Death Rock Radio Tampa and Cathedral 13. Due to his labor with the radio Shows “This Is Gothic Rock” and “Necromanteion”, he discovered the enormous potential and the exciting landscape of the underground scene of The New Millennium.

Those radio shows gained a loyal audience from all over the world; he made contact with lots of new bands and his first big project was then: “This Is Gothic Rock, The Book”, along with the music library of the Post Punk and Gothic Rock scenes of the New Millennium. Following next to these projects; the web site “This Is Gothic Rock” (now GOTHIC-ROCK.COM) was founded and it’s the receiver of the music and info from the new bands, we have been opened to different styles of dark post Punk music and Gothic Rock.

And this website has been growing day after day, week after week; with an amazing amount of information such as band bios, record reviews, news, and interviews. This is a definitive proof of how big is the underground right now.

Right here, right now; we are witnessing some of the most incredible moments in the history of the underground scene worldwide: The contact with new bands of Post Punk and Gothic Rock is growing almost on a daily basis, and its non-stop. Thanks to the internet we can have access to an almost unlimited amount of new music; and the (logical) next big project was… a record label.

So, one day DJ Oskar Terramortis joined forces with the staff of This Is Gothic Rock, and Swiss Dark Nights; and Gothic Music Records was born. The idea is simple: To support to the underground scene of today giving our best, because they are doing great music for all of us.

This is Gothic Rock Vol. 1

Gothic Music Records Proudly presents its first compilation album: “This Is Gothic Rock Vol.1” This album features the talent of our record label, and it’s a preview of the forthcoming releases planned for this year. We have to announce that there are new players, and we are honored by the respective collaboration of our special guests; they have joined forces with our current talent for this special celebration. ► by Daniel Olvera

This is Gothic Rock Vol. II

Stunning compilation, this is the definitive collection of Gothic Rock of the new decade, a really gorgeous second volume featuring lots of special guests with exclusive tracks, and bands of our own roster; they were gathered in order to give you a top-quality product. This Is Gothic Rock is the second compilation curated by DJ Oskar Terramortis (of “Necromanteion Radio Show” and “This Is Gothic Rock”) Gothic Music Records is getting really serious, and here’s the list of bands and tracks:

The Wake: “Rusted”
Legendary Gothic Rock band from the USA; The Wake is back. And we are proud to announce that their newest single is featured as the opening track of Gothic Music Records Vol. II

Ikon: “Azkadelia”
Without any doubt, this is a really emblematic single for the present era of the classic band Ikon, a modern-day classic.

Merciful Nuns: “The Maelstorm”
Merciful Nuns rises with “The Maelstrorm” from their album “Goetia V”. In case you didn’t know; Merciful Nuns features the talent of former Garden Of Delight musicians. They are writing their new story, and they are doing this in an impeccable way.

This is Gothic Rock Vol. IIAutumn Twilight: “Dreamessence”
Coming out from Hungary, Autumn Twilight is a very experienced Gothic Rock band. Their mixture of melody and rocking guitars is just mesmerizing. They are one of the recent additions to our roster, wait for upcoming news about it.

Aeon Sable: “Monster In Me”
Angels Of Liberty is already a new classic in the Gothic rock scene of today; and talking about classics, here’s the rendition of Aeon Sable to “Monster In Me”. A great new great band covering the song of another great new band…¡Nuff said!

Arts Of Erebus: “Spark Of Hope”
Arts Of Erebus is a top quality band with stunning song writing, brilliant production, and flawless execution; a total package here. And you have this fine example extracted from their newest album: “An Open Case Of Parousia”

Salvation AMP: “Iceflower”
With an expertise in Gothic Rock, Christ-ian Leding and their bandmates are here displaying their unique combination of guitars, captivating melodic chords, and passion!

Geometric Vision: “Solitude Of The Trees”
Majestic Dark-Post Punk by the awesome Geometric Vision, a must have for everyone who loves real dark(er) music. Thanks to Swiss Dark Nights, for letting us include to such a great band in this compilation album.

Come With Reverse: “Decay”
Come With Reverse combines Gothic Rock and the Alternative sound like no one, the result is a truly unique sound. They are an innovative band.

Hearts Fail: “Make Up”
This critically acclaimed Gothic-Post Punk band is here with this epic seven-minute song featured in “Fires Of The Night”; released by Strobelight Records.

The Unseen Chains: “1984 (Thought Control)”
Keep an eye to this one: The Unseen Chains is an interesting solo-project coming out from Athens, Greece. Unseen Chains have created a full-length album which remains as an unreleased album. “1984” is one of the tracks featured in such record.

Greetings to the newcomers; and thank you very much to the special guests artists, and their record labels to help us to make this possible, and thanks to you for your support.
¡¡Enjoy!!► by Daniel Olvera

Bandcamp Daily  your guide to the world of Bandcamp

Damu The Fudgemunk shares his recent collab with Def Pressé, plus jams from Common and more